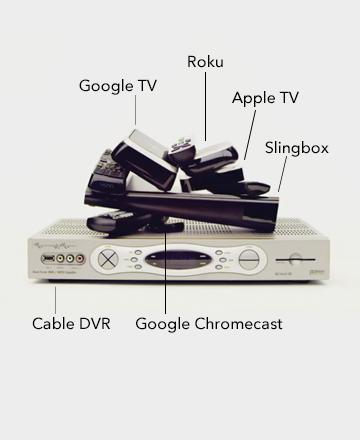 Viewing a rapid decrease in sales by 30% due to competitor products outrunning our original, I was able to determine that customers were ready for a more engaging and immersive experience with their DVR services, including the way it looked. Previously, TiVo road the wave of being a pioneer of DVR services and products. However, this was not enough come 2013. I met with consumers who had an obvious itch for something lighter, brighter, smarter, and more robust. Out-of-the-home streaming was becoming the talk of technology insight experts within TiVo. If we could create a network streaming from one device to multiple rooms using the TiVo Mini - the Roamio predecessor, why not stream to multiple devices such as a tablet or mobile phone? I dug deep into how we managed and promoted our projects doing everything from traditional research audits, to hi-fidelity mockup audits inclusive of UI design components, and even the hardware design audit of previous DVR systems we released. We needed a fresh look for a fresh experience with the TiVo DVR. Holding workshops with the Brand team, product owners, business stakeholders, Tech Leads, and UAT with customers, I was led to facilitate a brainstorming board where we would determine "let's redo 60-80% of our branding". This time much smarter, sleeker, elegant, and enticing to use. It had to be the ultimate sexy compared to what we did before. New logo, new UI on desktop, mobile, and the screens of the device itself we came up with a new pitch and sell strategies, new promotional offerings, new hardware, new tutorials, new app structure, new new new.

Through market research, accounting analysis, competitor analysis, business goals and themes, content and legal strategy and technology device research I was led to make a bolder move. We needed movement, a better form of information laid out with the most important details surrounding enticement and education. With a team of two UI Designers, I collected all of the data we had to build out new guidelines for everything from microinteractions to atomic elements. 2 Months later prior to testing we released the new vision of "smarter streaming" and interactive promotions such as a basketball game during Final Four season where a customer could play an online basketball game and have every basket made release a percentage off of our products.

This was an opportunity to flex. While polishing the Final Four promotion I was able to introduct Parallax animations to build a walkthrough story of the TiVo Roamio. Parallax was a new concept to commercial businesses in 2013-2014 and very quickly picking up stream. CSS3 animations were a vital role in walking consumers through our company message and delivery while providing a playful voice and tone. As a user would scroll down our website, I provided a sequentially ordered list of animations to guide the eye towards content as it connected to an image. To our consumers, this was groundbreaking. Our website visitors increased by 8%, our product sales increased by 20%, and our over business stance re-entered the light in which consumers shopped for tech.

We needed an equally if not more engaging present on Youtube, TV Commercials, and any other new social platforms that gained attention from our prospective customers in order to reach our target of 1 million new households per month. In partnership with an external branding company I began the work to find the most pleasantly invasive way to communicate "We're here. We're still the best. Come check it out." Though we continued a familiar path of promoting through movies being released, and celebrities such as Tim Tebow willing to promote, I saw a major opportunity to also bring the reality of home comfort and ease to the forefront of everyone's screen. It started with our own employees. With a team of 4 we began filming what everyday life was like for our employees who had a TiVo in a video called "The Commute". This brough a new warmth to the stage and was well received by our target market of family and non-family households reaching 301+ million who previously thought our products were "for the wealthy."

Once this campaign would finish running it's target of 1.5 years to land on the cover of magazines, ads on tv, billboards, social presence, we would once again become the frontrunner for households between 2014-2015. We took advatage of the large target mark to be nothing short of successful. While we did include Design Thinking prior to it's title, our efforts got us past our goal and intent.

To the left you will find links to social campaigns I created and/or post produced for the TiVo Roamio, as well as a Behance link to view the design collection I was personally responsible for.